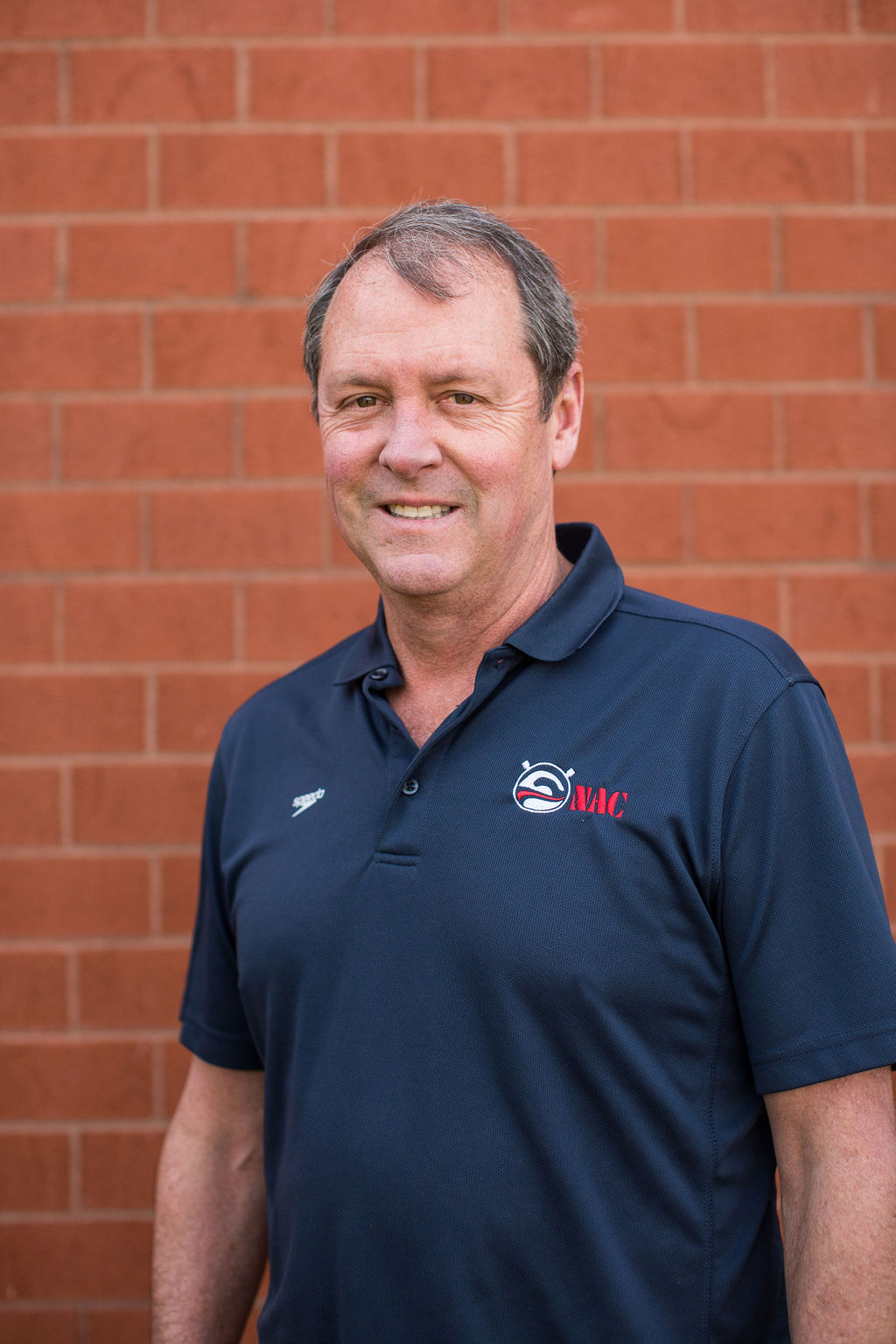 Since taking over the helm as the Head Coach of the Nashville Aquatic Club in 1984, John Morse has established a tradition of dedication and excellence in Middle Tennessee.

Upon Morse’s arrival, NAC has established itself as a consistent and elite program in developing fast, successful swimmers. Through Morse’s guidance, NAC has finished in the top 10 at Senior Nationals, Junior National team champions, and has been overall team champion at the Southeastern Sectional Championships.

Coach Morse also stays involved in the politics of swimming. He has been a delegate to the United States Swimming Aquatic Convention more than a dozen times. He has also served on the National Championship Time Standards Committee, the National Championship site selection committee, the National Club Development Committee, and currently serves on the Senior Development Committee for USA Swimming. Coach Morse is also a member of the Southeastern Swimming board of directors and has served as the Senior Chairman, Technical Planning Director, Outreach Director, and Swim-a-Thon Director.

Coach Morse is a graduate of the University of Florida, where he swam on conference and NCAA championship teams.  Coach Morse is happily married and has 2 stepchildren.  He is also an avid fisherman and has two dogs:  Bentley and Jenks. 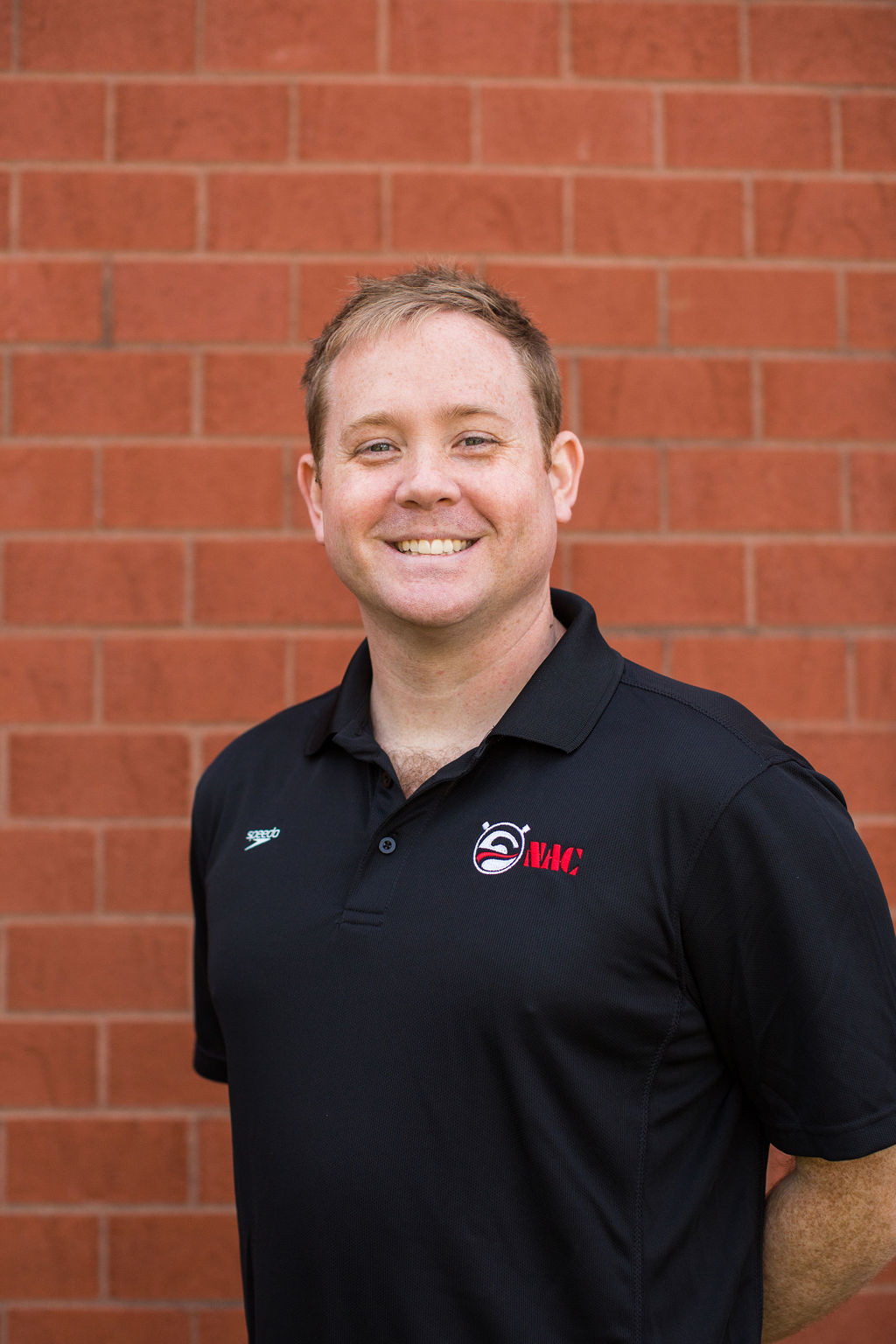 A 2005 graduate of the University of Virginia, Doug earned a master’s degree in Sport Management from the State University of New York at Cortland in 2011, and his Doctorate in Sports Management from USSA in 2019. He is certified as an ASCA Level 5 coach, was selected as a 2009-2010 ASCA Fellow, and currently serves on the ASCA Board of Directors.  Doug has two dogs – Powell and Emmitt – and a totally rad wife and daughter, and drives Saabs. 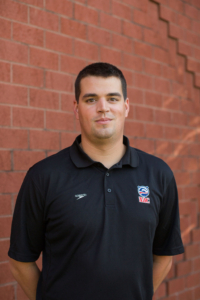 Coach Tony Carroll spent the last year with YOTA Swim Team in Raleigh, North Carolina, where he was the Site Director of their largest Age Group site. In addition to his role as Site Director, he helped develop and implement a team-wide development model that served as a long-term guide for the swimmers and coaches at every site. He also helped one of his athletes qualify for the US Paralympic Team Trials for the first time.

Prior to his time at YOTA, Coach Tony spent five years as a Senior Coach at Lakeside Swim Team in Louisville, KY. In that time, the program was named a Gold medal team four times and Silver medal team once. He has been named to the US National Junior Team Coaches List twice (2018-19 & 2019-20) and he has served as Head Coach for the KY Open Water Zones Team. He has been nominated for the Fitter & Faster / ASCA National Age Group Coach of the Year award twice and was named the KY Swimming Age Group Coach of the Year in 2017.

As an athlete, Coach Tony grew up swimming in South Bend, IN and went on to swim in college for IUPUI where he was team captain his junior and senior years and was a USA Swimming National Qualifier. Outside of coaching, he also spent three years working for SwimSwam.com as an Editor and Web Producer. 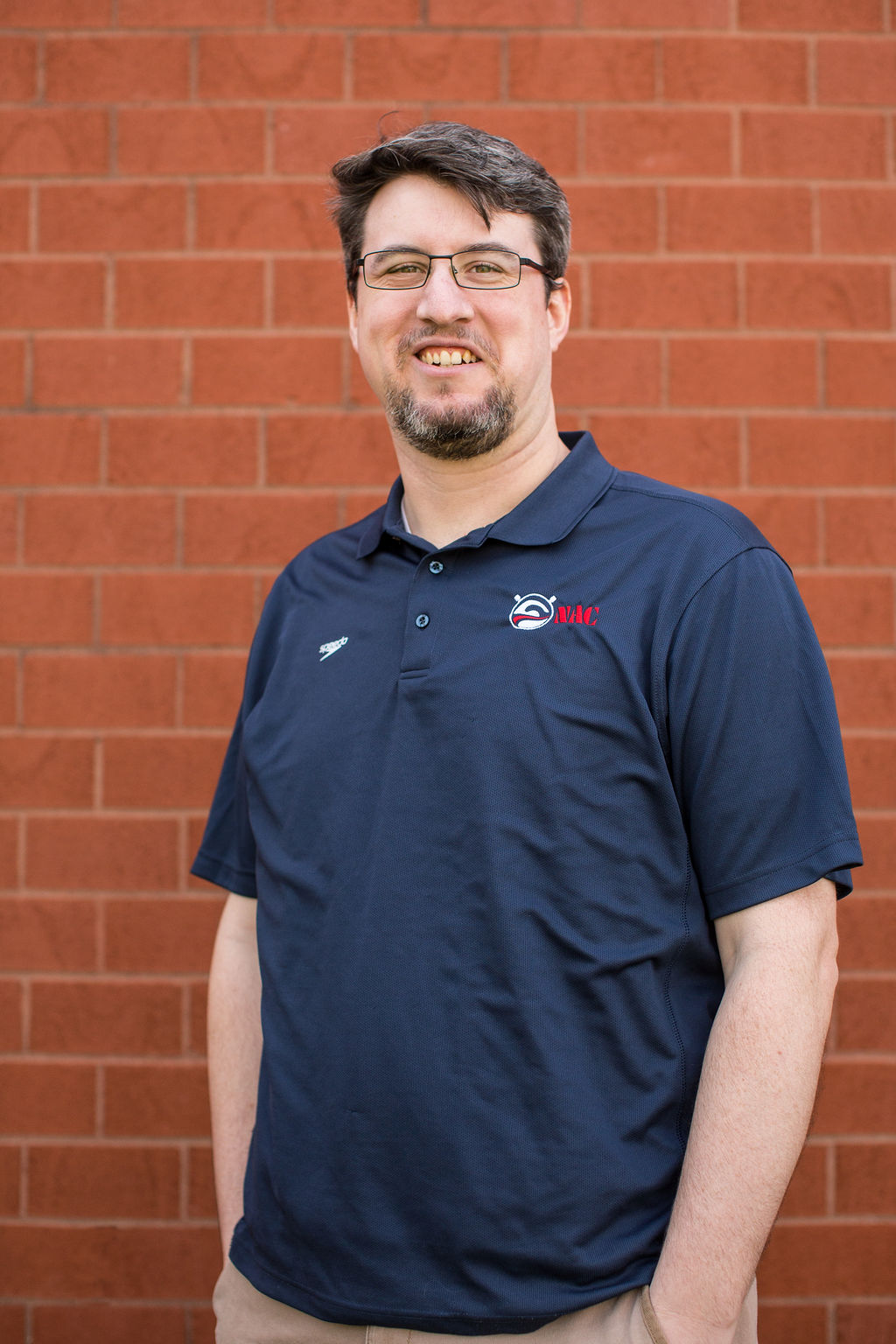 Jack is in his third season at NAC. He began as the Age Group Coordinator before moving into his current role as Senior Assistant and lead Senior 1 coach.

Prior to NAC he served as Head Coach of the Weymouth Waves for 3 years.  Before that he was Head Age Group Coach for the Waves. He also coached and oversaw the 300 member Cohasset Summer Swim Team, which won the South Shore Swim League 4 out of his 5 years.

Jack enjoys helping swimmers realize and chase their highest potential. Whether a first time age group qualifier or a Junior National time, the achievement that represents each swimmer keeps coaching fun and rewarding for Jack.

Outside of the pool Jack enjoys fishing, golfing, and the beautiful Southern weather of Nashville. 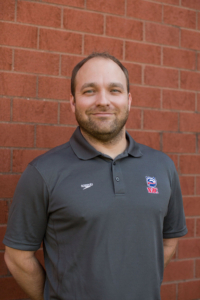 Coach Cory joins the Nashville Aquatic Club as the Red Group Lead and RACE Group Lead. He grew up in the Nashville area swimming for NAC and is excited to be back home. Cory is thrilled to work with all the current Nashville swimmers and share his passion and knowledge of the sport. Coach Cory is happily married and enjoys fishing in his free time. 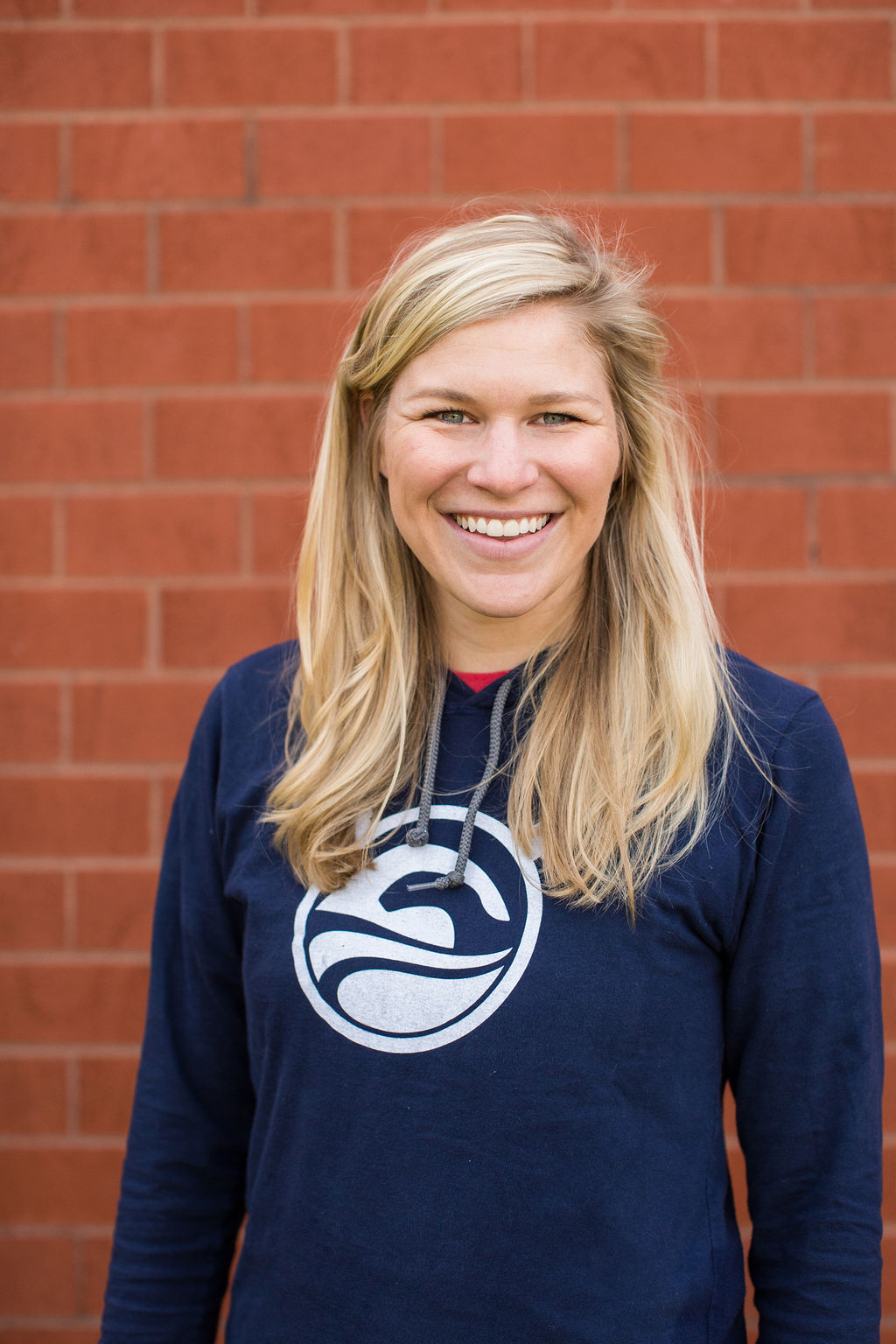 Sarah, 2015 Southeastern Swimming Coach of the Year, is entering her eighth season with the Nashville Aquatic Club in a new role as SwimFit & PreComp Coordinator.  Sarah swam for the Nashville Aquatic Club for 11 seasons, and during that time was a member of the National Junior Team and a 2008 Olympic Trials Qualifier.  Sarah grew up in Franklin, and was a high school All-American and team captain at Franklin High School.

After graduation, Sarah attended the University of Florida where she swam for coach Gregg Troy.  While at Florida, Sarah was a 3-time member of the SEC Academic Honor Roll, an NCAA All-American, and a member of the 2009 SEC Championship, and 2010 NCAA Championship team.  Sarah graduated with a degree in advertising.

Sarah is dedicated to continuing the tradition of excellence of the age group program! 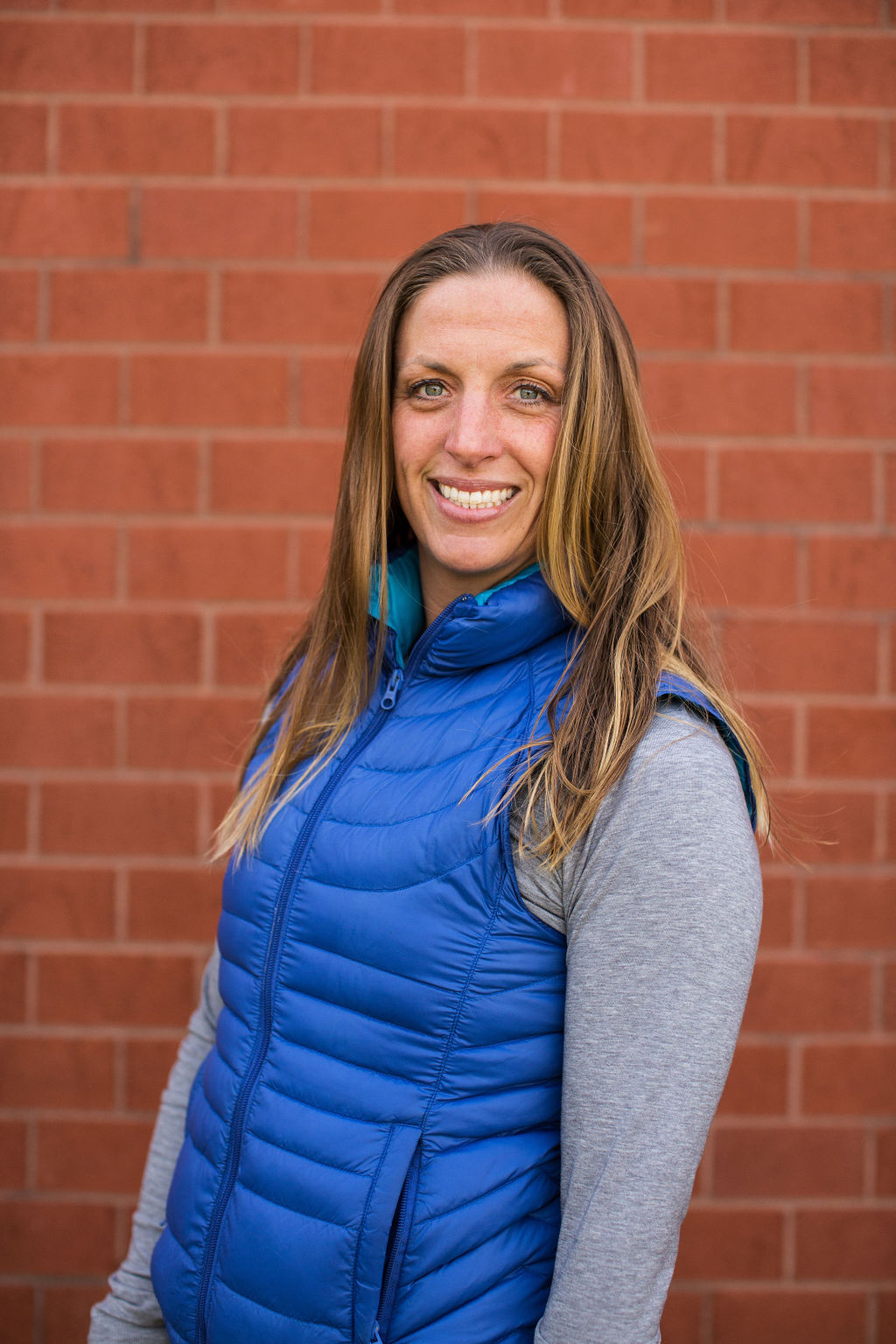 Ashley was an National Junior Team qualifier as an age group swimmer with NAC. She still holds the Southeastern record in the 200 freestyle for 13-14 girls. Ashley swam for the Bolles School, where she qualified for a spot on the US National Team from 1995-1998. She competed in a variety of national and international competitions and won a gold medal in the 1996 Olympics in the 800 freestyle relay. Ashley was a member of the 1999 NCAA Championship team swimming for the University of Georgia and completed her collegiate swimming career at the University of California-Berkeley.

A three time Olympic Trials qualifier, Ashley now focuses much of her efforts on training, racing, and coaching for open water swimming. She earned a spot on the 2009 US National Open Water team and has won several open water races around the country. Ashley has coached hundreds of adult swimmers to successful triathlon and open water finishes from sprint to multi-ironman distances. Ashley especially enjoys helping adult swimmers achieve their goals whether they include learning freestyle to participate in their first race or prepare a bid to qualify for World Championship multi-sport competitions. Ashley is excited to bring her swimming and coaching experience back to the team where her competitive swimming career started.

Matt Childress grew up in Bloomington, Indiana, where he discovered a love for the water from the early age of five. Before moving to Nashville and coaching for NAC, Matt attended the University of Evansville, where he earned a B.S. in Finance and swam for the Purple Aces all four years. Initially a walk-on to the team, Matt quickly found his fit as a sprint-freestyler and later served as team captain his junior and senior seasons.  Matt moved to Nashville in the fall of 2017 to attend Belmont University’s College of Law and is finishing his final year before taking the BAR exam in July 2020.  After a summer working back home, Matt is happy to be back coaching both Red and Blue group and is looking forward to all the fast swimming and fun that is to come! 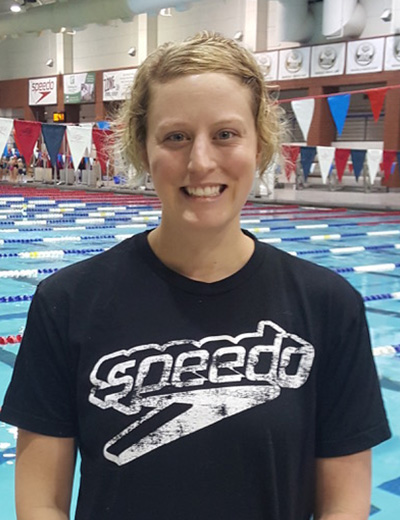 Margy is entering her sixth season as a coach with the Nashville Aquatic Club. Prior to moving to Nashville, Margy served as the Assistant Coach for the men and women at Towson University for four seasons. She grew up in Cincinnati and went on to swim at Penn State. While there, she was an NCAA Academic All-American, Academic All Big Ten Team member and member of the Dean's List. Margy also competed in the 2004 Olympic Trials and won a silver medal in 5K Open Water race at the 2005 World Championship. Margy began coaching in 2007 at M.E. Lyons YMCA and Ursuline Academy, both in Cincinnati. Margy and her husband live in Nashville with their daughter and son.

Email
Larry grew up in Nashville and began swimming for his summer league team at the age of five. He has always loved swimming, but never really pursued it passionately until highschool. He joined NAC at the age of fourteen and swam there until he graduated Montgomery Bell Academy in 2018. During his time at NAC, he became a successful sprinter, becoming a State, Southeastern, and Zones finalist. He was also a swim teacher for Swim America throughout highschool.
Larry is currently working towards a degree at Belmont University as an English major and Education minor. Even though he still loves swimming himself, he loves coaching much more. He is excited and eager to train young athletes into the best swimmers they can be.

Email
Logan is a Nashville native, and started competitive swimming at the age of 5. She grew up swimming for Excel Aquatics. Prior to college, she was a member of Team USA at the 2013 Maccabiah Games, where she won a silver medal in the 100m freestyle. She continued to swim in college for Miami University (OH), where she specialized in middle distance freestyle. She was a member of MAC Conference Teams 2014-2017 and held records in the 100 and 200 freestyle.

Logan is currently finishing up her master's degree in Forensic Psychology, and enjoys swimming for NAC Master's & Tri. She was the head coach of the Maryland Farms YMCA Thoroughbreds and Nolensville High School prior to coming to NAC, and has been coaching for the past 9 years.

She's pumped to coach the Precomp, SwimFit, and Master's swimmers!! 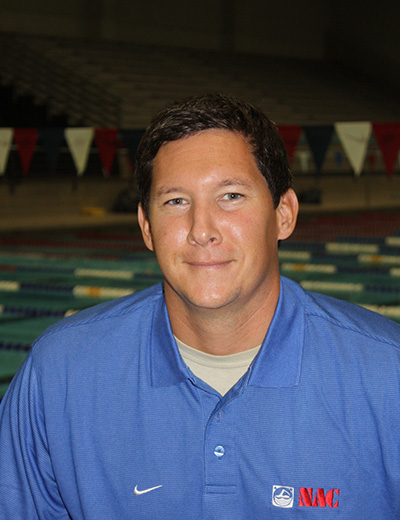 James Loveless grew up in Westchester, NY swimming for Badger Swim Team under coach John Collins. James was a Junior National Qualifier in the freestyle events as a ninth grader. By twelfth grade, James expanded into individual medleys and Senior Nationals/Olympic trial times in the freestyle events. James attended UC Berkeley (CAL) where he trained under Nort Thornton and Mike Bottom (Michigan). There, he was a PAC-10 finalist and was nominated for rookie of the year. After being offered a full scholarship for swimming, James moved to Syracuse University for his remaining years where he was team captain, top five finalist in the Big East Championship and a Big East Academic All Star. After college, James received a fellowship to Fordham University in 2004 where he completed a Master’s in Education for grades 1-6. For the past 6 years, James has been teaching science to elementary/middle school students in the New York area. During this time, he has also been able to coach with for the Badger age group team and coaching country club and high school teams as well. James has coached over 300 age group swimmers to success as well as coaching swimmers to become Junior National Qualifiers and All-American athletes. James swims everyday and truly believes that swimming can improve one’s quality of life. 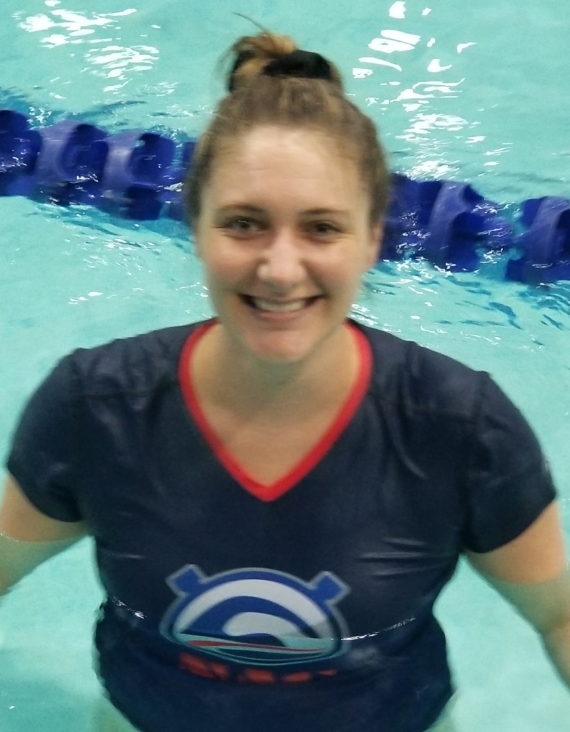 Email
Lexie began swimming when she was 7 years old for The Woodlands Swim Team in Texas. She continued to swim throughout high school, both at a club level and for her school in Kentucky, and then swam club level in college at Belmont University. Lexie assisted Belmont University in establishing the first ever club swim team on campus, and served as President for two years.
Lexie joined NAC’s coaching staff in 2014. She also served as an assistant coach to the Traceside Barracuda’s Swim Team during the summers of 2015 and 2016. Lexie is a current active member of NAC Masters & Tri.

Lexie graduated with her Juris Doctorate degree at Belmont University College of Law and currently works as a member of the Tennessee Attorney General’s office. 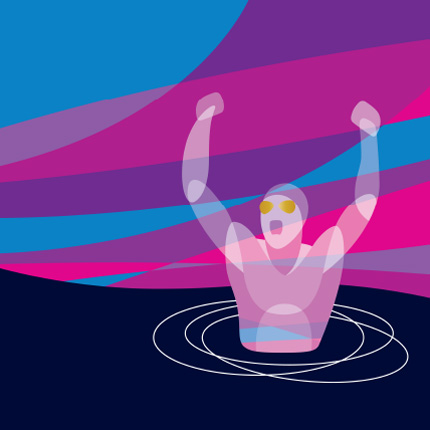 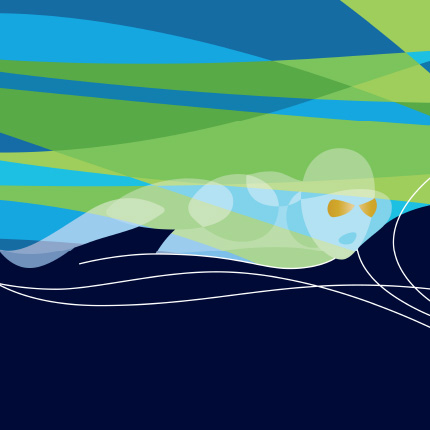 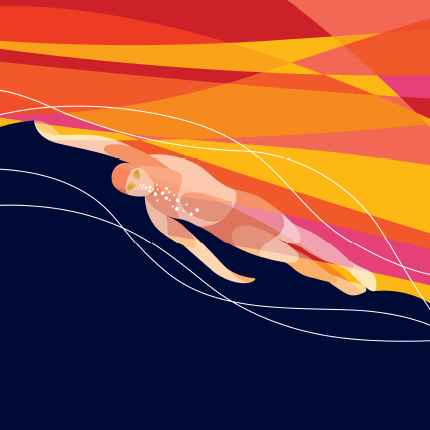