You qualified for the 2016 Olympic Trials in multiple events. What do you remember about preparing to qualify?

I remember going into practice every day with something that I wanted to work on, whether that was working on a better catch in freestyle or being more consistent on fast effort swims or having a better attitude towards a set that I didn’t like. Even on the worst days of training, having something to work on and knowing what my goals were pushed me to get something out of every single practice. I walked away knowing that I gave it my best effort every single day.

What do you remember about the qualifying swim? What was your reaction to realizing you had qualified for Trials?

I can’t remember if it was the first race I qualified in for 2016 Trials, but the day I qualified in the 200 free was a great day. Going into 2012 Olympic Trials I was frustrated with myself because I kept trying to get the 200 free cut and kept missing it by a slim margin. The closest I got was like .2 away. Finally achieving that standard before 2016 Trials made me happy and really showed that working hard towards a goal pays off. I remember being excited to go back to Omaha and compete on arguably the biggest stage in swimming. 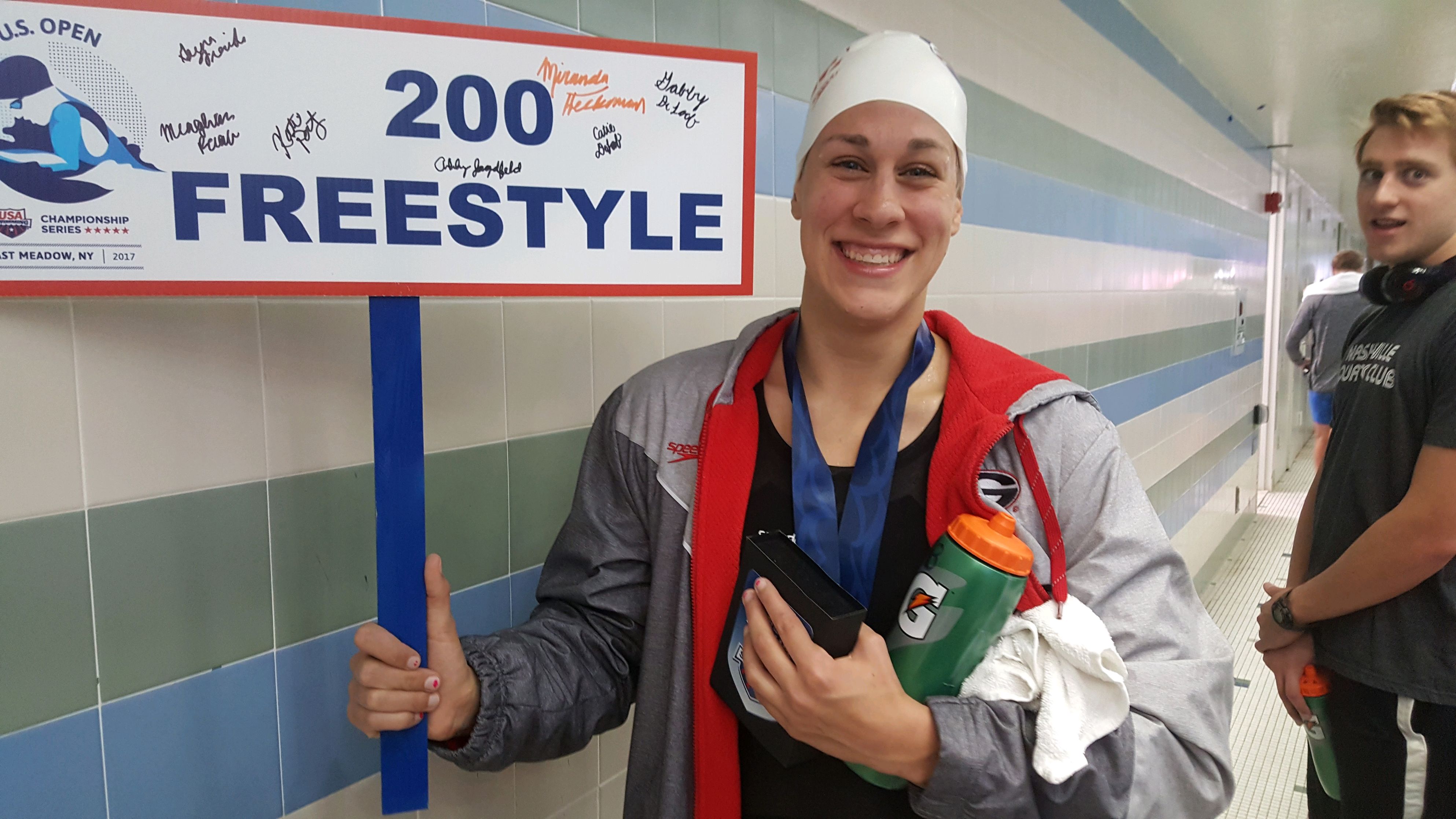 What was your experience at Trials? Everyone says it is unlike any other meet they have ever been to or swam at.

My experience at 2012 Olympic Trials was totally overwhelming: the lights, the big name athletes, the arena all intimidated me. I had no idea what to expect with the way the meet would run, the ready room, the timing, every little detail that normally doesn’t cross my mind. In 2016 I walked in knowing what to expect. I knew where each pool was, where the locker rooms were, and knew that the bright lights and big arena were just extra pieces to something I know well: the pool. 2016 Trials was really fun for me because Allie had qualified as well. I loved being able to cheer for her while watching some of her best races. Olympic Trials is a meet in a category all by itself. It’s the biggest meet on US soil (at least until 2024 when the Olympics come to the US). All of the biggest names in swimming are there, plus the people you have never heard of all competing for those two coveted spots in each event. It’s totally insane. Even though I did not make the Olympic Team, I got to watch my friends and teammates make the team, and that was one of the best things. Seeing other people achieve their dreams has always pushed me to work harder to achieve mine.

You were a late arrival on the National Team scene – not reaching that level until your senior year of college, and then not qualifying for your first trip (National Junior Team or National Team) until you were swimming as post-grad. What advice do you have to our athletes on how to persevere and how consistent preparation helped you achieve at such a high level?

My first piece of advice would be to always have a goal in mind, whether that’s making Junior Nationals for the first time or going a best time in an event or simply working on having better technique. Goal setting is very important. I think you should have short-term goals like I previously mentioned, but also long term goals. I said when I was eight years old that I wanted to make it to the Olympics and that has always been my long-term goal. The short-term goals have changed over the years, and even within the same season.

My second piece of advice is to show up every single day. Consistently being at practice and working hard every day is how the best swimmers in the world keep getting better. You can’t improve if you don’t show up and do the work.

My third piece of advice is to not compare yourself to other swimmers. This is probably one of the hardest things to do. My sister made a National Junior Team trip when she was just 16, and I didn’t make any kind of USA Swimming trip until I was 23. I remember meeting Katie Ledecky back in 2011 at the Olympic Training Center for National Select Camp. Nobody knew who she was yet; she was just another fast swimmer. Fast forward 8 months and she was showing the world who she is by making the Olympic Team and going on to win a medal. At the same Olympic Trials where she first qualified for the Games, I added time in both of my events, and didn’t go faster than the cut in the 200 IM. Comparing yourself doesn’t help. Yes you should work hard and want to beat the people in the lanes next to you, but each swimmer is different. Your story is different. Your skills are different. Use your differences to your advantage and work hard to be your best. 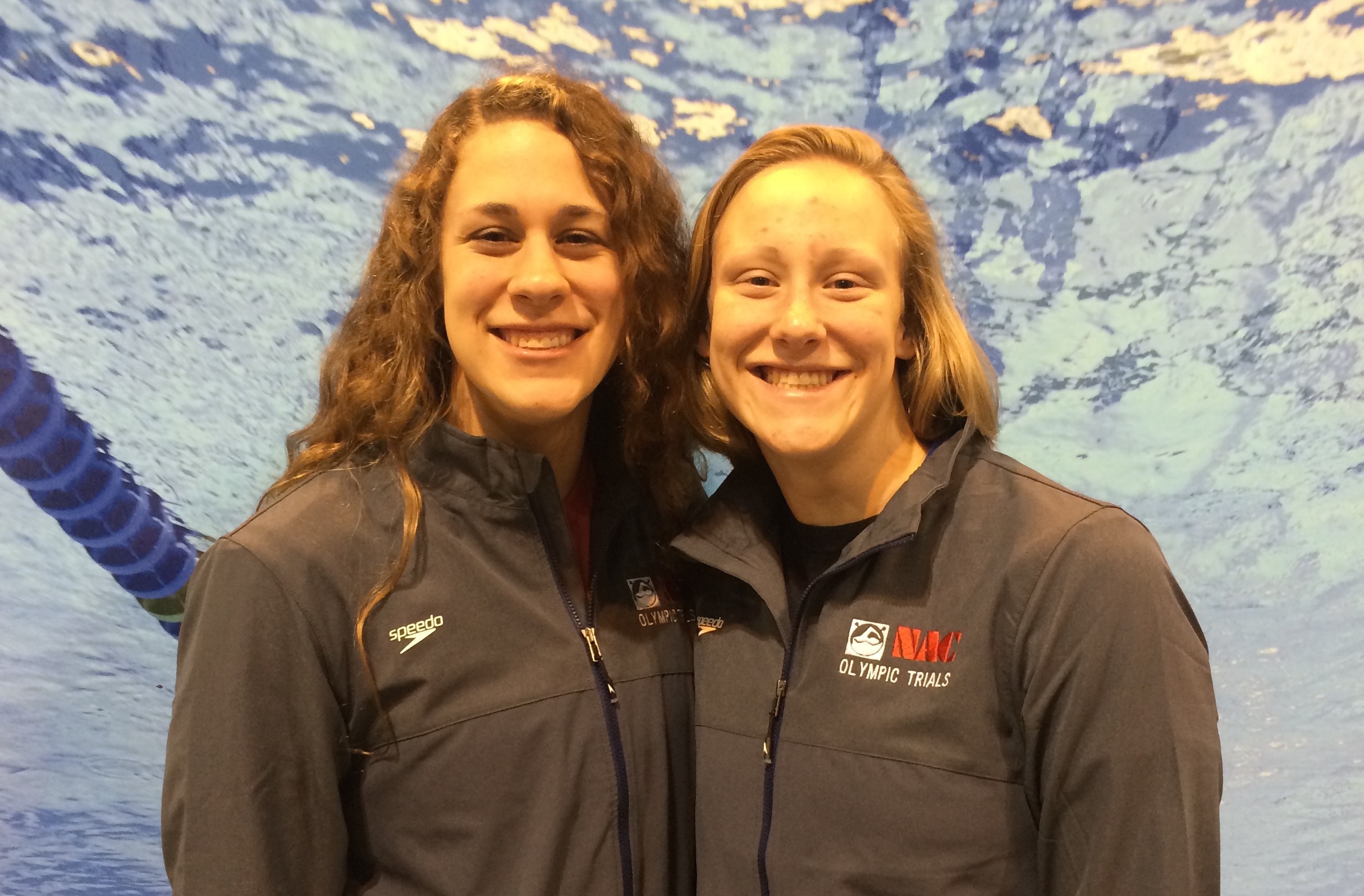 Can you give us your favorite NAC memory?

My favorite NAC memory is competing with Allie in our very first meet as members of NAC. We were racing the 200 breast and we both qualified for Olympic Trials. It was the first event she qualified in and I got to be in the lane next to her when she did it. I remember the team being really excited that we both qualified and we had only moved to town three weeks before. 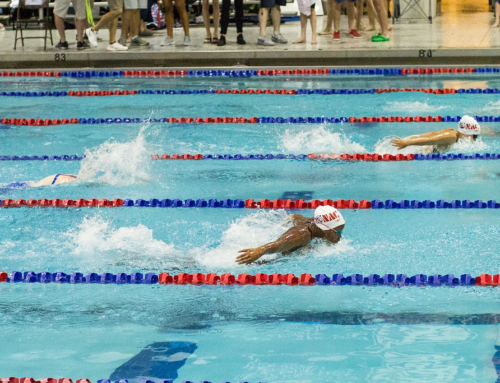 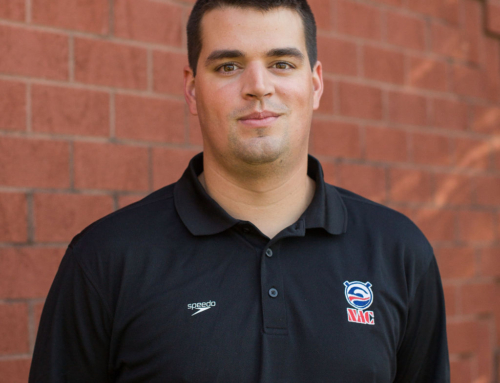 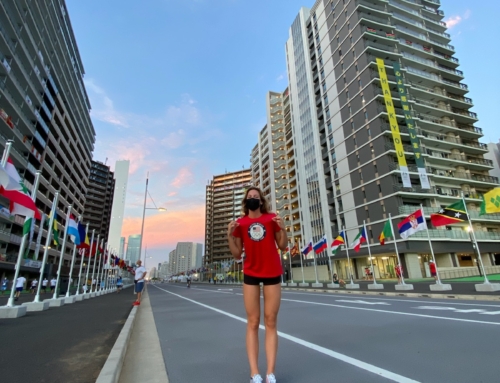 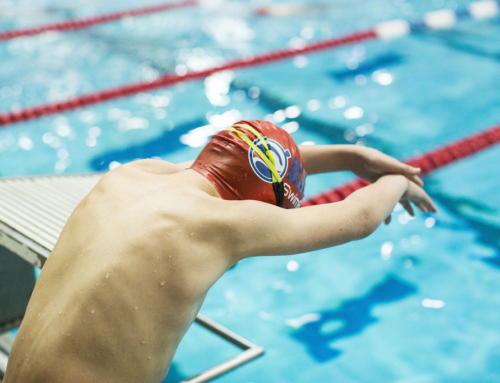