Five members of the Nashville Aquatic Club travelled to Indianapolis, Indiana for the 2017 World Championship Trials and US Nationals.  The event, which took place at the historic IUPUI Natatorium June 27-July 1 saw incredibly fast swimming throughout the duration of the event as members of USA Swimming’s elite competed for spots on the Long Course World Championship Team, the second most prestigious National team behind the Olympic Games. 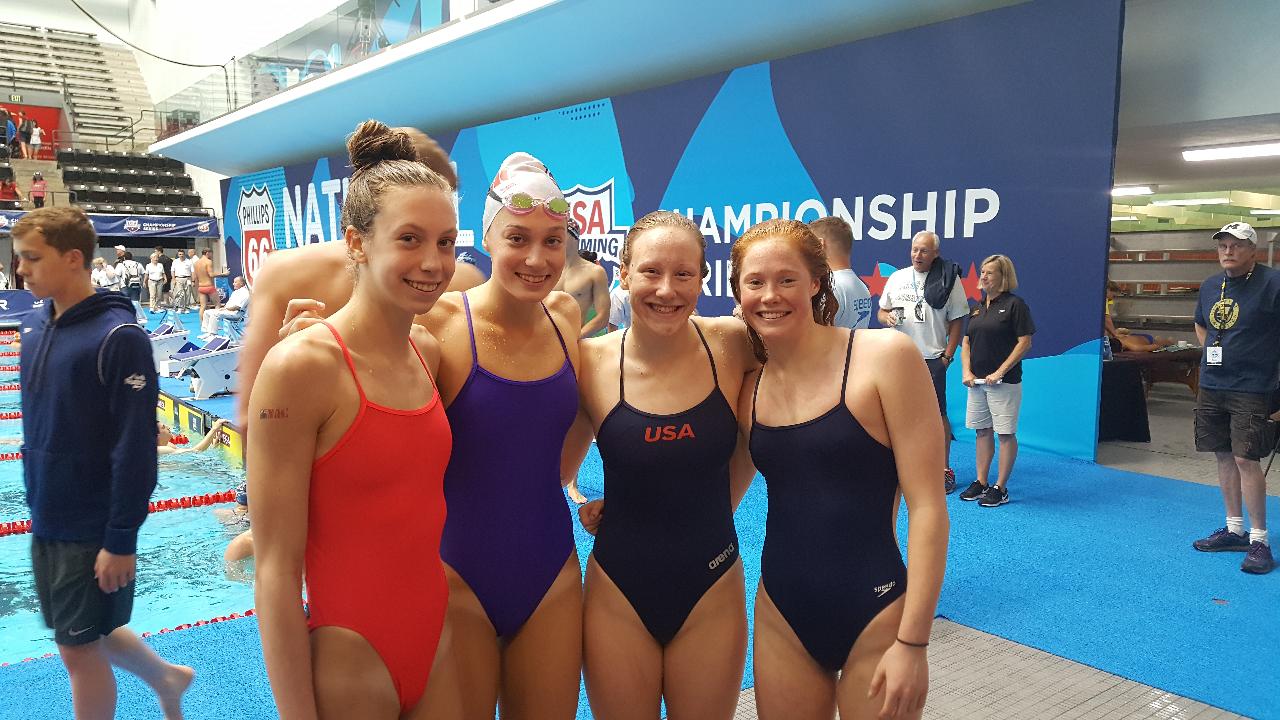 Alex Walsh was named the 18&U National Champion in the 200IM, finishing in 4th place overall, and earned a berth on the USA Swimming Junior World Championship Team.

Ella Nelson also earned a spot on the USA Swimming Junior World Championship Team with her 10th place finish in the 200 breaststroke.

Junior World Championships will be held in Indianapolis at the end of August and is the fastest 18&U meet in the World!

Other Top-24 finishes from NAC included:

In the team standings, NAC’s women finished in 19th place – ahead of collegiate programs such as USC, Tennessee, Kentucky, and Michigan – to name just a few!  Congratulations to the NAC women!